Sic Bo, sometimes referred to as Tai Sai (lucky dice), can seem like quite a daunting game to those who are unfamiliar with it. This is primarily because, on first appearances, the board itself is quite complicated. However, in reality, Sic Bo is actually a very simplistic game, which is easy to pick up. 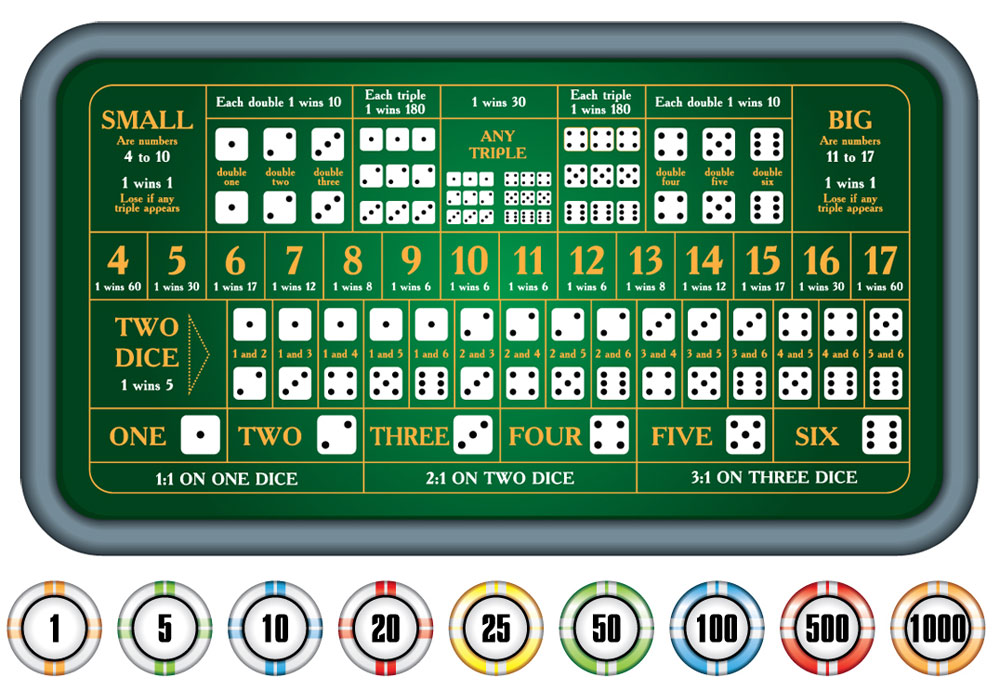 Essentially, Sic Bo is a luck-based dice game, where the player bets on the outcome of dice rolls. It has similarities to roulette, craps, chuck-a-luck and several other casino mainstays. As a result, anyone who has an existing knowledge of any of those games should find Sic Bo fairly straight forward and similarly enjoyable.

The basic Sic Bo rules are as follows: The dealer rolls three dice and punters place their bets on the Sic Bo board. The aim of the game is to bet on the outcome from the dice roll and there are many different options available, which will be explained in more detail below. Pay outs are then based on probability of the bet(s) placed.

Unlike some other games, like craps, there is no real Sic Bo strategy, because it is unashamedly a game of chance and the main responsibility for punters is simply to make sure they do not run out of money.

Today, a number of internet-based casinos offer the chance to play Sic Bo online and the basic premise behind the game remains. The role of the dealer is replaced by computer software, but this still operates in the exact same way, because the software is designed to generate random numbers and Sic Bo is based entirely on luck.

How to Play Sic Bo

For those wondering how to play Sic Bo, the role of the punter is actually very simple. All you have to do is place your bet, or bets, on the Sic Bo board, based on what you think the dice will show. The dealer or computer software then reveals the dice and if what is revealed matches your wager, you win. Otherwise, you lose.

As with games like roulette, you can place as many bets as you like on the same turn, so you can cover multiple different possibilities, or increase your earnings from a specific possibility you anticipate. There are a number of different types of bet available on the board. The main types of bet are as follows:

Depending on the casino offering Sic Bo online, there may also be other options available. Some casinos, for example, allow a choice of four numbers, with the punter winning if any three of the four are shown. Some providers also pay double on a single bet if two dice show the number, or treble if it is shown on all three dice.